Michael Burry is an American investor, hedge fund manager, and physician. He was one of the earliest investors to recognize the subprime mortgage crisis. As a result of his bets against the housing market, he made significant profits for his investors during the financial crisis.

Burry's net worth is estimated to be $1.2 billion. A large portion of his wealth comes from his successful bet against the subprime mortgage market. He also made a significant profit by betting against Tesla stock.

Michael James Burry (Michael Burry) is a renowned short-side hedge fund manager that is best known for being the earliest to predict the subprime mortgage crisis. This predicition led to a film being developed about his story called 'The Big Short', where Mr. Burry was portrayed by famous actor Christian Bale.

Burry was and raised in San Jose California and studied economics and medicine at the University of California. After a short stint in medical school, Dr. Burry left to start a career in hedge fund management after trading successfully during his free time. In November 2000 he started his hedge fund Scion Capital and made his first millions shorting the tech bubble in early 2001.

How did Michael Burry build his Net Worth?

Michael Burry was able to build his hedge fund Scion Capital after receiving an inheritance and loans from friends and family. He made over $400 million in 2001 by shorting overvalued technology stocks after the boom in 2000 and 2001. By the end of 2024, he had turned $20 million in funding into over $600 million.

Then in 2008 he was able to make billions by shorting the housing market and persuading large firms like Goldman Sachs to sell him credit default swaps against the subprime deals that he perceived as weak. From these bets, Michael Burry was able to earn over $1.5 billion in profit for himself and the investors of Scion Capital.

The Michael Burry Stock Tracker account on Twitter is a monthly update of Burry's personal stock holdings. His largest current investment is Apple Inc (AAPL) puts, which represents 18% of his portfolio ($35,000,000).

In December of 2020, Michael Burry initiated one of the largest short positions against Tesla after it had surpassed the market cap of Facebook. He outlined that Tesla would collapse like housing after the subprime mortgage crisis in a now-deleted tweet. Dr. Burry likely lost a lot of money as the stock had risen over 100% by October of 2021 and he revealed he was no longer shorting TSLA stock.

Tesla CEO and Founder Elon Musk responded to Michael Burry's bet against Tesla by saying he is a 'Broken clock'. This infers that Michael Burry is a one-trick pony that is only capable of making money to the downside.

Burry is a broken clock

Michael Burry has had an interesting history when it comes to his Twitter account. He regularly tweets and deletes his commentary, which highlights some quirks with respect to his personality.

How to buy Bitcoin and Crypto with Samsung Pay 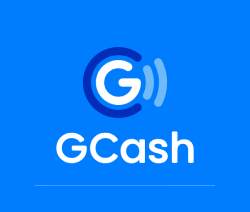