Barry Silbert is the founder and CEO of Digital Currency Group, a venture-capital firm that invests in Bitcoin-related startups. He is also the founder of Grayscale Investments, an asset management company that offers products linked to digital currencies for institutional investors.

Barry Silbert's estimated net worth is $3.5 billion based on the investment portfolio of Digital Currency Group and his equity stake in Grayscale Invest.

Silbert was born in 1976 and raised in Riverdale, New York. He graduated from the Wharton School of the University of Pennsylvania in 1998 with a degree in finance.

After college, Silbert worked as a research analyst at Houlihan Lokey Howard & Zukin, an investment bank. He later founded SecondMarket, a platform for trading illiquid assets such as private company stock and venture capital fund interests. In 2015, SecondMarket was acquired by Nasdaq.

In 2014, Silbert launched Grayscale and the Bitcoin Investment Trust, a private investment vehicle that allows accredited investors to gain exposure to the price movement of Bitcoin without having to purchase or store the digital currency themselves.

How did Barry Silbert grow his Net Worth?

Barry Silbert's incredible growth in his net worth was largely due to how early he was in the Cryptocurrency space. Barry was a pioneer as one of the first major institutional players to dive deep into the cryptocurrency sector. He started to deploy capital in 2014 through his venture business and Digital Currency Group.

His investments and early bets into the digital currency ecosystem are what ultimately propelled his net worth to be in the billions at a very young age.

Grayscale Investments is a digital currency asset management company. It offers products that provide exposure to the price movement of digital currencies, such as Bitcoin, Ethereum, Litecoin, and others.

It was founded in 2013 and is headquartered in New York City. The company is a wholly-owned subsidiary of Digital Currency Group.

What is Digital Currency Group?

Digital Currency Group is a venture-capital firm that invests in Bitcoin-related startups. The firm was founded in 2015 by Barry Silbert and is headquartered in New York City.

How to Buy Crypto with Euro (EUR)

How to add USDC to MetaMask 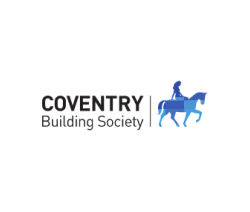 How to Buy Crypto with Coventry Building Society